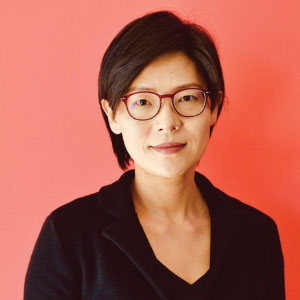 Wei Luo, COO
The mission to accelerate safe and affordable autonomy inspired James Wu and Mark Wheeler to co-found DeepMap in 2016. The pair had extensive expertise in digital mapping and vehicle autonomy gained through experience at Google, Apple, Baidu, and Leica Geosystems.

Wei Luo, who had worked previously with Wu, joined DeepMap as chief operating officer shortly after its founding.

With a Ph.D. from UC Berkeley in geographic information systems and remote sensing, Luo’s professional career centered around geospatial technology, including a nine-year stint at Google working on Google Earth, Google Maps, and other teams.

CIOReview recently met with Luo to discuss her perspectives on the rapidly evolving autonomous driving (AD) industry. Prior to the interview, Luo had been honored as a “Woman of Influence” by the Silicon Valley Business Journal.

Maps for Humans vs. Maps for Autonomous Vehicles

Luo explains that there is a distinction between the navigational maps used by humans and the high-definition maps used by autonomous vehicles.

Navigational maps are very good at helping people move from point A to point B. These maps serve their purpose well, but are not designed to include details such as stop signs, speed limits, and road conditions.

On the other hand, machines require a completely different kind of map. Self-driving vehicles need to know precisely where they are on the road, when and where they are allowed to make turns, and how conditions might have changed since the last time they drove on a specific section of the road, for example.

Luo sees the industry moving towards an ecosystem model, favoring the integration of best-of-breed technologies and components.

By engaging in meaningful partnerships with us, our clients are reducing risk and speeding up time to market

This model leverages the expertise of a range of suppliers and tech innovators rather than relying on a small number of “full-stack” companies who build vehicles from top to bottom. The ecosystem approach, with its openness to partnerships, fosters innovation and faster deployment, says Luo.

Luo mentions two of DeepMap’s current clients. “One has a self-driving division that runs shuttle services. The other is developing self-driving trucks for transporting goods on highways. They are benefitting tremendously from DeepMap’s state-of-the-art mapping and localization modules,” she says. “By engaging in meaningful partnerships with us, our clients are reducing risk and speeding up time to market.”

Luo believes that the vehicles of the future will be defined more by the software they’re running than by their body type and that integrating best-of-class software will be vital to creating a safe and affordable AD solution.

With a growing team of experienced engineers and product visionaries, DeepMap is actively recruiting across the U.S., Asia, and Europe. “We are pushing on the quality, the performance, and the robustness of our technology to ensure that we’re offering a solution tailored to different conditions across many geographies,” says Luo. “There are millions of roads still to be mapped in high-definition. We are only at the beginning.”

Description
DeepMap is an automotive technology solution provider co-founded by James Wu and Mark Wheeler in 2016. Headquartered in Palo Alto, CA, the company is driven by the mission to accelerate safe and affordable autonomy. Wei Luo, the COO of DeepMap, has a nine-year stint at Google working on Google Earth, Google Maps, and other teams. She was recently honored as a “Woman of Influence” by the Silicon Valley Business Journal. DeepMap is benefiting businesses with their state-of-the-art mapping and localization modules. By engaging in meaningful partnerships with DeepMap, their clients are reducing risk and speeding up time to market 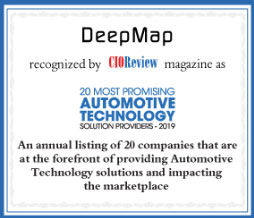 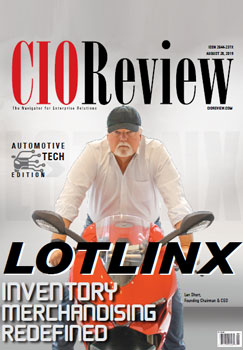