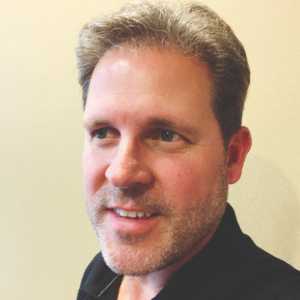 Let’s change the world! I don’t know that any of us really thought about the future impact of what we were about to do. We were just doing our jobs but the impact of this project would be different. I don’t know if we changed the world but we definitely had an impact and altered an Industry. You see, continuous anneal solution heat treatment (CASH) capacity in North America was limited and this is what you need to be able to produce dent resistant outer panels for automotive body applications. Upwards of $500M and a three-year lead time would be needed to support an Aluminum Intensive F150 then Super Duty and Expedition/Navigator to follow. It all started with a project called the MTSP (Mid Term Sustainability Project).

We at Ford initially considered the mid-sized sedan Fusion and Milan for an aluminum intensive alteration to Body and Exterior Body Panels but complexity, world-wide assembly and lack of bang for buck ultimately nixed the deal. Focus quickly turned to a later model year program that was built only in North America, the company’s most successful and largest platform the new model 2015 F150. The year was 2009 and at Ford we faced a headwind of possible rising fuel prices, increasing CAFÉ standards (Corporate Average Fuel Economy) and we were an OEM that was and still is heavily dependent on large vehicles. We needed to create a long term strategy that increased mpg to meet the increasing standards and preserve the best selling truck in North America for 30 plus years. Electrification while on the horizon was not a viable short term strategy.

Marketing didn’t assign as robust sales figures when comparing powertrain options to a lighter body. Therefore, lightweighting slowly became the path of least resistance, however there were daunting obstacles ahead. I was in the right place at the right time. No one other than myself in Raw Materials Purchasing had any relevant experience with aluminum. I had previously worked for both Steel and Aluminum companies in the past and therefore was a natural fit to become the crossfunctional voice of Purchasing internally and an integral part of the negotiation team. I became the Global Lead for Aluminum and as we all did was required to sign an internal NDA. The secrecy of this project was well guarded to say the least. Trying my hand at some light sarcasm I would say that ten years later, I’m pretty sure the cat is out of the bag and everyone now knows the F150 is Aluminum intensive. In the rare case that you didn’t know it was launched in mid 2014 as a 2015 model year vehicle and has widely exceeded planned sales figures we were using at the time back in 2009.

As already mentioned there was limited supply in North America and due in part to age hardening characteristics of a significant portion of the aluminum we determined domestic supply was not only consistent with our overall supply strategy but also imperative. Supply capacity needed to be created and created quickly. We went to work. Long story short we ultimately brought in the selected aluminum mills and systematically began weekly negotiation meetings with them. It was a long tedious negotiation that involved counsel involvement for the duration of approximately 2 years. At the end of that long negotiation phase it culminated in 10- year multiyear agreements retroactive to 2010 through 2020. A closed loop scrap system was designed to include grade segregation therefore maximizing value for both Ford and the Mills. Without going into great detail, segregated aluminum scrap is much more valuable to the mill because it allows a much higher degree of melt shop efficiency.

One or two lines in this article really do not do this effort justice. Imagine a vacuum system of overhead conveyor tubes transporting and shredding scrap then dispensing it through huge cyclones directly into universal trailers that could be covered and ship scrap directly back to the mill from which it came. Then that very same universal trailer can be loaded with coils and shipped to Ford. But wait don’t imagine it, that’s exactly what we did. Throughout these two years of negotiation many other obstacles were encountered and overcome. Here’s an example, we determined that commercially available Titanium Zirconium (TiZr) pretreatment used to enhance adhesive weld bonding was not robust enough to meet our standards. However one of the suppliers had a proprietary and superior product that we desired. Our strategy though was never to single source which is why we pursued multiple sources to reduce risk and include supply redundancy. This meant that the proprietary pretreatment needed to be available to all.

Hence, a side project was initiated to ensure the pretreatment was made commercially available. Easier said than done, trust me. Another example I’ll cite was the supply strategy itself. We spent a considerable amount of time on Executive reviews due to concern over the supply strategy. Much due diligence was required to vet it and finally obtain internal approval. After all, consider that the F150 is the Crown Jewel of Ford Motor Company and significantly altering that platform needed input from all departments including Purchasing, Vehicle Operations, Manufacturing, Engineering, Legal, Warranty, Sales, Marketing, Research and Development, Prototype, etc. Modifying the body of this vehicle had to be extensively well thought out and it was at every level. Ultimately we did it. Instead of being a cautious follower we led with conviction and purpose putting Automotive Aluminum front and center on the map of industry events. This effort jump started the Automotive Aluminum Industry and created a lasting movement towards alternative materials and progress to 21st century efficiencies. Did we change the world? I’m not sure but I would say just ask some of the countless employees that were added to plants in Davenport Iowa and Oswego New York. To them we definitely changed the world.