Driven by Data: Autonomous Cars Will Change More Than Transportation

Driven by Data: Autonomous Cars Will Change More Than Transportation 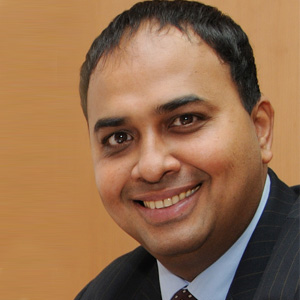 If you’ve shopped a new vehicle in the past few years, you’ve probably at least looked at the models that can parallel park themselves or brake automatically to avoid a crash. If you thought those features were impressive (or perhaps a little disconcerting), you haven’t seen anything yet. Get ready to take your hands off the wheel completely, as self-driving cars take over the roadways.

Unbeknownst to most people outside the industry, a futuristic freeway filled with autonomous, driverless vehicles is likely only a decade or two away. In fact, many companies have already built successful prototypes and are working on the supporting infrastructure. As anyone can imagine, the implications are huge because you will be able to safely watch TV or do some work during your morning commute. The rise of driverless cars could have a profound, transformative impact on society in general.

As much as autonomous vehicles will change our lives on the road, they will also create enormous new demands and opportunities in the technology world

Controlled by sensors and software that instantly process realms of data from many different inputs, self-driving cars are expected to remove human error from the motoring experience. Riding in a car will become much safer, because machines don’t get distracted, or sleepy, or drunk, or hurried, or consumed by road rage. Their remarkable efficiency will also ease traffic congestion, alleviate parking woes (cars will valet themselves), and dramatically cut down on pollution. Thinking longer-term, some pundits predict that personally owned vehicles will eventually become passé (at least in cities), as an ever-circulating fleet of inexpensive driverless taxis takes people everywhere they need to go. This is to say nothing of the impact on commercial transportation, which will be similarly streamlined to save billions of dollars in shipping costs.

As much as autonomous vehicles will change our lives on the road, they will also create enormous new demands and opportunities in the technology world.

From Gearheads to Geeks

Amid the fanfare surrounding vehicles without steering wheels, it’s easy to lose sight of what makes all of this possible. It has less to do with assembly lines or greasy garages, and more to do with the technological explosion that has spawned the Internet of Things, big data analytics and cloud computing. Driverless cars work through a combination of “always on” sensors such as cameras, lasers and radar; GPS and maps (not so different from today’s navigation systems); and high-powered data processing capabilities that allow the vehicle to make sense of everything it “sees” and take immediate action in the form of turning, braking or accelerating. Equally important is the fact that every driverless car–as well as the public and private infrastructure to support this new mode of transportation–will be constantly connected to the cloud, transmitting and downloading passenger commands, performance statistics, traffic and weather conditions, map updates, etc.

This endless information exchange will create mountains upon mountains of data to be conveyed, stored and processed. And as driverless cars become as common as smartphones, keeping up with the deluge of transportation-related data will be the next big challenge for the data centers of the future.

Data centers could be considered an industry unto themselves, comprising the hardware, software and services that make possible the digitally connected society we enjoy today. Data centers are already in catch-up mode, however, dealing with the exponential data growth brought on by ubiquitous smartphone use, social media, streaming video services, digital business transformation and the growing Internet of Things. The proliferation of autonomous vehicles will raise the stakes yet again, and the companies who supply, operate and utilize data centers will need to shift their strategies into high gear. For example:

The sooner we in the technology field start putting these foundational pieces in place, the sooner we can stop white-knuckling through traffic, kick back and catch up with blogs like this one on the way to work.

Challenges Over The Past 18 Months

Security Architecture In Theory And In Practice: Why Security Should...

How Wi-Fi 6 Will Seamlessly Integrate With 5g