Don't Procrastinate, Automate!: Why Automation Should Be a Key Ingredient in Your Digital Transformation Recipe

Don't Procrastinate, Automate!: Why Automation Should Be a Key Ingredient in Your Digital Transformation Recipe 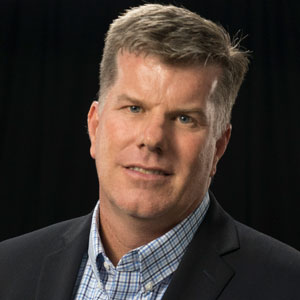 Automation is a key enabler of digital transformation and there’s no better place for automation than in IT.

Why Automation is a Natural Fit For IT

IT is fraught with many mundane ‘chores’ such as provisioning, maintaining consistent configurations, deployment of development and test environments, etc... Many of these chores are time-intensive, error-prone and expensive to do manually. Plus, they exist across generations of IT systems. There are legacy platforms still providing essential business functions, such as old manufacturing systems running MS-DOS, or software running on an outdated machine, that are kept in operation under the ‘if it isn’t broken, why fix it?’ philosophy. Then there are powerful, new IT platforms that combine AI and analytics to rapidly deliver applications or to streamline processes. Existing in a single data center, they place a large burden on IT Ops.

This is what automation was made for, doing the repetitive, tedious work, to free up you and your staff to innovate new offerings that satisfy customers’ demands and differentiate your business, as well as enable you to stay on top of rapid technology changes. Fear not, automation will not take away your jobs, a common excuse for why IT organizations don’t adopt it. Apply automation to your ‘chore’ tasks, so you and your team can focus on the “core” work to satisfy your stakeholders and make your business more competitive.

Automation in the release, process or workload areas will benefit not only the IT Ops team, but also your company’s bottom line

There are three key ‘chore’ areas where IT Ops can apply automation to better support today’s business demands and digital transformation.

IT Ops is right in the center of the delivery process. No longer dealing with a few major hand-offs each year, IT must plan for and support continuous delivery, without a hitch. The main drivers of continuous releases are agile development, creating more apps faster, and DevOps, resulting in ongoing fixes and upgrades to those apps.

Quality app delivery is a driver of revenue growth. An EMA study shows a strong correlation between a company’s ability to efficiently deliver new software and drive revenue growth. The reliability of release automation accelerates clean delivery of apps through the deployment lifecycle while reducing human error and providing consistent release scheduling in support of Continuous Delivery.

Using release automation, a large European pension provider has reduced the time needed to build, deliver and deploy application packages from over an hour to less than 20 minutes and has seen a six-fold increase in the frequency of new features released to test.

IT serves internal and external customers that expect efficient and reliable services. Process automation can execute the complex sequence of tasks required to deliver a service whether those tasks need to be executed on-premises or in the cloud, on virtual or physical systems.

Sophisticated process automation tools use AI technology and create linkages between IT systems, transforming many repetitive processes, and enabling self-service for everything, from infrastructure provisioning to employee on-boarding.

Process automation tools are not yet at a point where you can simply tell them what to do, like Alexa and…voila. When that happens, it will be time to worry about your job. For now, process automation requires upfront work by humans, to thoroughly map out the flow and options within the process. Once done, however, the process will execute accurately, time and again. Imagine on boarding hundreds of employees after a major acquisition, totally by self-service.

The IT team for a North American insurance company that supports 20 million individuals and families needed to build up to 30 servers a month to keep up with business demand and each manual build took 20 hours. Because the entire process was manual, server standardization eluded them. After deploying process automation, new servers are now deployed in a matter of minutes, saving the company 600 hours a month. In addition, builds and security protocols have been standardized, safeguarding the quality of the services. They’ve now automated around a dozen core infrastructure tasks in total, including server deployment, maintenance and retirement.

A northeastern university reduced its student on-boarding process for online courses from four days to four hours by implementing self-service on boarding via process automation. The time saved by these institutions enabled the deployment of numerous employees to more creative, strategic work.

Routine, ‘batch’ processing has been an IT chore for years and has grown to take more and more of IT’s time.

The pace of business is increasing along with the volume of data, while new technologies are increasing the complexity of IT environments. The need to scale is continual. Managing these workloads and continually provisioning more resources is complex and time-consuming, and has simply outgrown the ability of most large organizations to accomplish manually.

Event-driven workload automation initiates workloads as needed, without your intervention, increasing the productivity of your developers and your end users. It minimizes contention for resources and enables reliable completion of workloads—no more overruns. It can also reduce your costs and SLA penalties. In addition, automation software eliminates errors that may create opportunities for security breaches and it can instantly recognize and act against threats, improving security access management. Workload is an ideal chore to turn over to automation, as numerous organizations have found.

A British retailer relies on files from its points of sale to run their business operations. Doing this manually often resulted in errors and delays that impacted everything from finance to order processing. Workload automation eliminated errors and reduced the point of sale processing time from 15-20 minutes to mere seconds. In addition, they improved their SLA compliance, reducing costly penalty payments.

A European energy provider was struggling to manage backup and other routine IT chores and to migrate legacy data to new IT systems. Workload automation increased staff and operations efficiency to the extent that they were able to redirect 75 percent of their IT Ops team to focus on innovation instead.

Don’t you have Something Better to Do?

Business is all about competitiveness and without automation it’s impossible to compete on speed, accuracy and cost in a digitally transformed world. Automation in the release, process or workload areas will benefit not only the IT Ops team, but also your company’s bottom line. Even better, automation of all three areas on a single platform will provide the maximum benefit while simplifying support and the learning process.

Automation optimizes the cross-functional, cross-lifecycle delivery of apps and services and enables your organization to quickly accommodate new technology, services and app changes. Rather than taking IT jobs away, it gives your IT staff time to work on innovative projects and adopt new technologies. It can make their jobs better and more rewarding. So, take charge and be the disruptor—automation is a necessary technology for a world that is constantly changing.