Are We Ready For the Next Revolution in Cars?

Are We Ready For the Next Revolution in Cars? 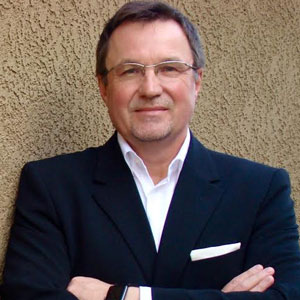 Ford Motor Company didn’t invent the automobile, but with the introduction of the Model T in 1908, they began a revolution that changed the world. Through manufacturing efficiencies, strong design, and rugged construction, the “Tin Lizzie” revolutionized more than just how people moved from point A to point B. It transformed cities, industries and cultures.

For all their importance, cars really haven’t changed that much over the last century in terms of purpose or functionality. This is not to say that cars are simple. In fact, cars are incredibly complex, as well as cleaner, safer, and more reliable; but the formula for success has remained consistent overtime. That is, up until the last two decades, when advancements in mobile computing and semiconductors—the now ubiquitous computer chip—started transforming vehicles in ways that would have seemed improbably futuristic even a few years ago. Today the automotive industry is on the cusp of a second revolution. Unfortunately policy leaders in the US, and elsewhere, are way behind in developing the policy and regulatory environment to make this revolution possible. While many will resist any government involvement, the reality is that without clearly defined rules, the autonomous vehicle will never reach its full potential.

The car of tomorrow is coming to life more quickly than anyone imagined. Technologies like cameras to gather and process data to enable the driver and vehicle to respond more quickly and efficiently have already been integrated into vehicles and are resulting in a safer driving experience. And multiple vehicle manufacturers predict that we are only a few short years away from mass-production of vehicles that can fully drive themselves. These advancements create opportunities for personal use, as well as fleet usage for entire cities. The Japanese government has challenged their car makers to put self-driving taxi fleets on the roads for the 2020 Olympic Games in Tokyo. In addition, in August, Uber announced their first self-driving fleet will take to the streets in Pittsburgh, Pennsylvania—taking a step toward reaching their goal of replacing Uber’s more than 1 million human drivers with robot drivers—as quickly as possible.

​The car of tomorrow, is coming to life more quickly than anyone imagined

Given the rapid pace of autonomous driving technology, industry and policy makers need to come together on policies to help protect people, save lives and reap the benefits of autonomous driving. Specifically, here are some of the important questions that must be addressed:

• If a vehicle is fully autonomous, who is liable in an accident if it is driving itself? One manufacturer, Volvo, has already announced that it will assume full liability whenever one of its cars is in autonomous mode. Further discussion around the development of law and insurance regimes will be needed as this technology moves forward.

• How can an electronic system make “a decision” concerning people’s lives? In anticipation of an accident, the system has to decide how to react quickly, based on the information collected by sensors and the connectivity system. In some rare cases, braking might not be possible. The car might need to pass the obstacle on the road. But, what if passing is not possible or would hurt someone else? How can the system choose which of the people involved will potentially be injured?

• Cars manufactured and sold in the United States are also sold overseas. Which set of policies do automotive designs have to meet? When cars cross borders, will there be a different set of rules to follow? Similarly, there is significant risk related to interstate commerce. If California implements rules that are different from Oregon and Nevada, or if Virginia implements rules that are different from Maryland, how can drivers and autonomous vehicles operate with different rules?

• How can a car built without IoT technology coexist seamlessly on the roads with connected cars? Non-connected cars could be upgraded with a communication module that would alert connected vehicles on the road that it does not have connected features, enabling autonomous cars to react by providing additional following distance and a wider berth. Who pays for this type of upgrade? Is it built into the cost of launching autonomous vehicles into the market?

• With all of these vehicles interconnected to the IoT, will allowing them to receive automatic updates open users up to patch vulnerabilities in the software, and what type of requirements should be set around the testing and launching of software updates? Having an issue with a smartphone software patch is one thing, but having a similar issue with a two-ton piece of steel that is capable of moving at more than 100 MPH is quite another.

•How are security concerns addressed?

There are significant benefits in having all vehicles and related infrastructure connected to the IoT; however, there is also significant risk. How can we mitigate the risks of future cyber-attacks as vehicles become more connected? Hacking a car and stealing private information seems trivial when compared to the threat of having someone take control of the car from the outside and putting lives in danger.

It has been two decades since General Motors introduced OnStar, the first automotive telematics system, and a decade since BMW offered the first in-vehicle Apple iPod connectivity. While these developments were disruptive during their respective times, the pace and momentum of technology innovation in the last 10 years has accelerated and is changing the way cars are conceived, designed, manufactured, serviced and driven. From insurance to urban planning, to safety and security, autonomous vehicles in the IoT will have a significant impact on the way our economy—in fact, our society—works.

It is imperative that automotive industry players and state, federal, and international governing bodies join forces now to set the legal framework for this major transition, while technology advancements continue. Putting policies in place will protect people, while enabling this transition to a new automotive era.

THE CHALLENGES OF CYBER-PHYSICAL SYSTEM SECURITY

How to Build an Effective Content Strategy Others Will Envy

A Collaborative Approach to Wealth Management